Hi! Neru here: 1/2 of the ponprod team. March went by so fast, and yet, I feel as though it also took longer than I had expected. We're a little into a week from the start of April, and things are somewhat slowing down at a reasonable pace now.

I figured it's important to release a post-mortem. Being able to think about the entire development process for this game jam entry will help put things into perspective (probably not just for myself, but also for other game devs out there who are just starting out). Prior to writing this, I made sure to read how other people write post-mortems for their own games (just so that I'd know the format and what I should specifically talk about—I tend to ramble sometimes).

It's somewhat a strange thought to want to write a post-mortem for a game that isn't complete yet. The demo isn't even that long and probably just takes 15-30 minutes tops, and as I've mentioned before, it really is a rough demo. Assets aren't extremely polished and the writing (imo) could use more work. Despite how discouraging that sounds, being able to organize my thoughts on the recent events that helped culminate this project is a good thing. I'll probably never have another opportunity to write something like this if I let too much time pass before starting to write.

WHAT WENT WRONG: (wrong is such a strong word, tbh, but that's okay, I can accept it)

Well, that's it for now from a newbie game dev person. I'm aiming to get healthier, pass my exam, and continue working on InTWON.

aehtrv drew a thing for all of us at the end of the jam. I relate to it so much. 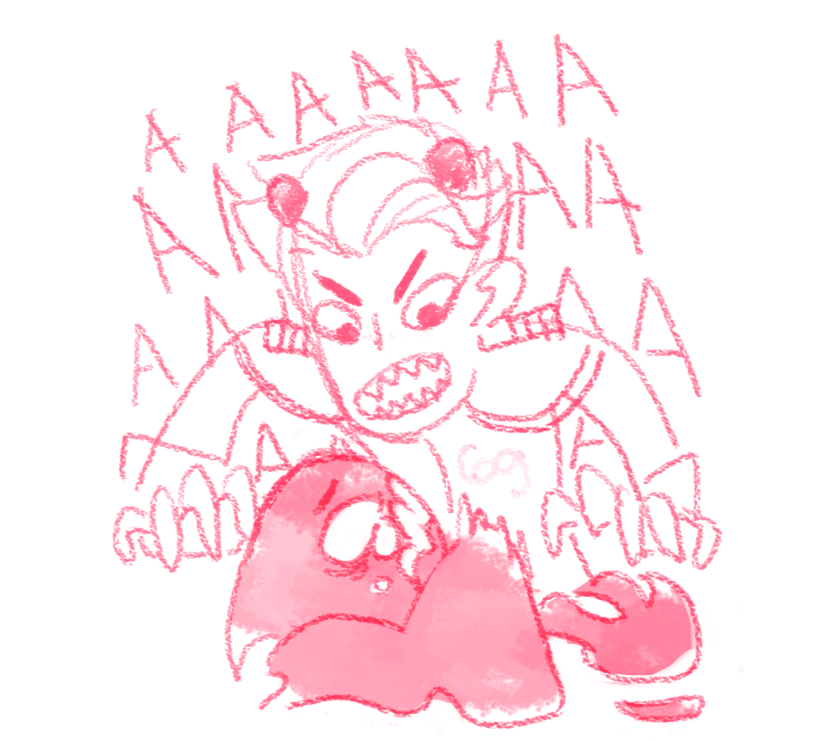 Thank you so much! -neru

Get In The World Of Nightmares (demo!)

In The World Of Nightmares (demo!)

Nightmares want to kill you; your plushies want to save you.